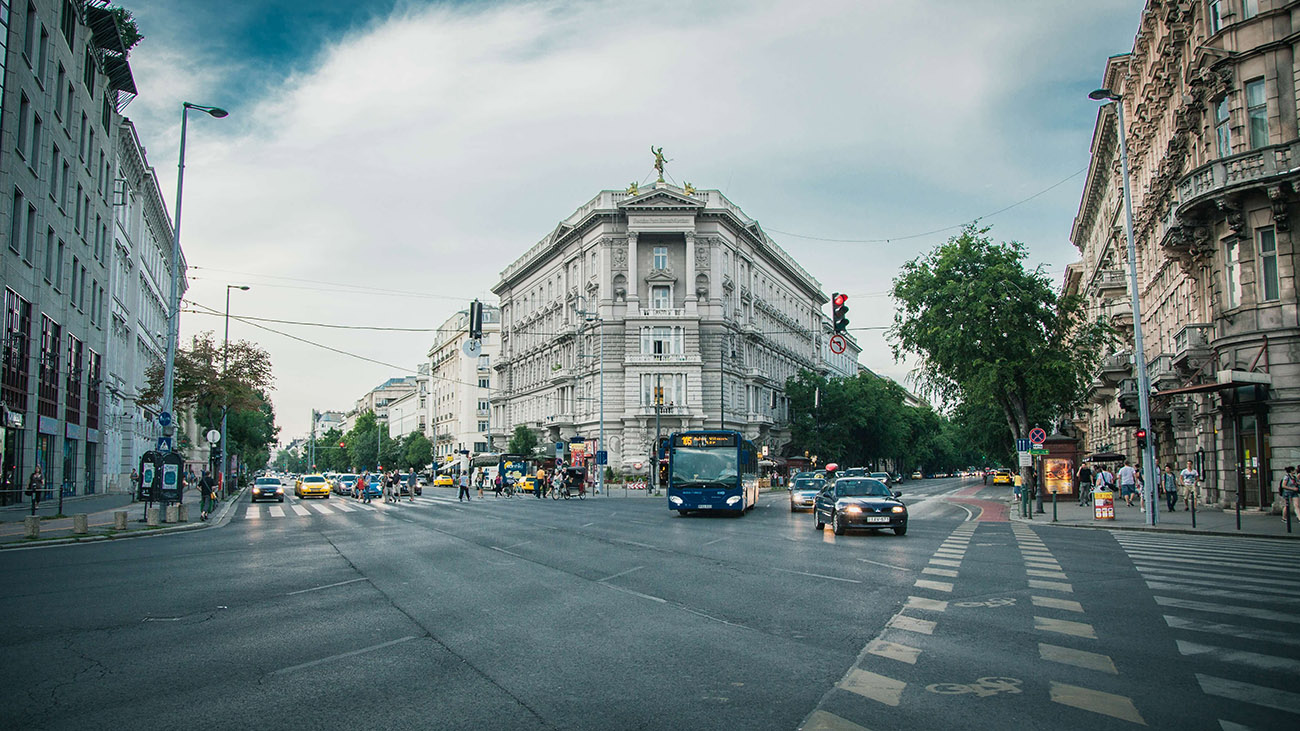 All great cities have their iconic streets, avenues or boulevards that are like major arteries pumping the lifeblood of the town, and are always thronging with commerce, business and other forms of activity. Similar to London’s Regent Street, New York’s 5th Avenue, or even the Champs Elysée of Paris, Budapest has its own Andrássy Avenue, a long street synonymous with elegance and class that is even a UNESCO World Heritage Site.

The avenue is to be found in the busier Pest half of the city, and it links Heroes Square in the north east with Erzsébet Square in the centre of town, with a more or less straight stretch of two and a half kilometres. The UNESCO status was given in 2002 for the beautiful neo-renaissance buildings that make up the avenue, and include such impressive buildings as the Hungarian University of Fine Arts, the State Opera House, and the Zoltán Kodály Memorial Museum, among others. The tree-lined avenue can make for a very pleasant stroll through the city for those with a few hours to spare.

Construction of the avenue began in 1872, and its inauguration was in 1876. Many of the buildings and palaces were designed by celebrated architects, such as Miklós Ybl, and the buildings quickly became popular among the moneyed Hungarian elite. The original name was Andrássy Sugárút (the second word meaning avenue in Hungarian) after former Prime Minister Gyula Andrássy who supported the project from its inception. It later became Sztálin út (Stalin Street) in 1950 after a certain 20th-century ego-maniac. In 1956 it became Magyar Ifjúság útja (Avenue of Hungarian Youth), and then Népköztársaság út (People’s Republic Street) the following year. Finally. in 1990, after the communists had left for good, the original name was restored.

In the centre the avenue is busier, and from Erzsébet Square to Oktogon it is more commercial, with many big-name boutiques, restaurants and cafes. After the Oktogon it’s more residential, with offices and office buildings along the way. For those taking a stroll, the underground Millenium Railway runs underground along the length of the avenue. For those on the Budapest Beer Bus, let’s stop and enjoy the touch of class that Andrássy offers, before seeing where the Beer tour will take us to next!